Late season ski trip option
For various reasons, some might not be travelling to Kitz at the end of January. Here's an alternative plan below (click images for links).

Obergurgl (and its linked neighbour Hochgurgl) is a snow-sure resort with a season that extends to the end of April thanks to its altitude of 2,000 - 2,600m. It's in the Tirol, a 2.5 - 3 hour drive from Munich.

Keith, Neil and Frank are planning to head there Thursday March 24 to Monday March 28. Here's a review of the area:
READ REVIEW >
These are the flights: outbound is a redeye for sure but it means arrival in Obergurgl early afternoon which gives time to sort out skis and get bearings to the nearest pub. Homebound pickup is mid afternoon, possibilty of last morning's skiing. 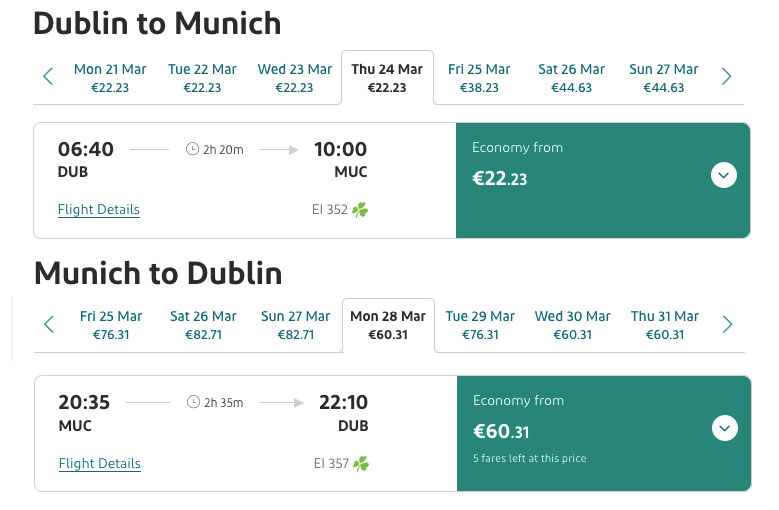 Transfer option is a minibus, not too costly if we fill it with 6 thirsty souls:

We've found this studio apartment accommodation option, €578 for 4 nights (also some discount if you have a booking.com account it seems). Well rated and only 150m from the lift station: 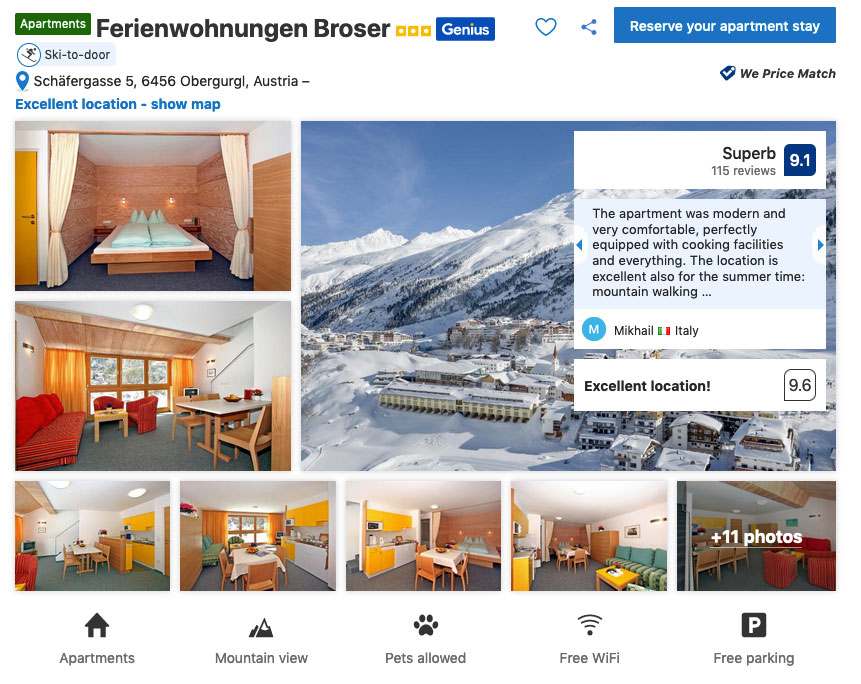 For those who prefer more luxury, there's a fancier more expensive option here, same distance to lift:
Fancier option >
That's it... looks like a good series of options and if it all works out could be a good second location in times to come for early and late season, alongside Kitz in January.

If anyone wants to come along, go ahead and book flights — same as above if you want to join in with the minibus transfer — or as preferred. (If there's more than six, Traveller 7 will need to co-ordinate the second bus). Same goes for accommodation, book directly yourselves as here or find others on the Gurgl site >

It will be the end of March, so don't mention you-know-what.